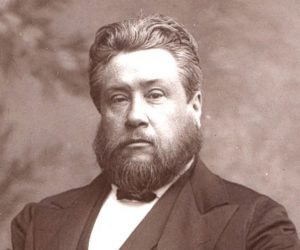 From “GREAT JOY IN THE CITY”, Sermon #2352
by Charles Spurgeon

“Learn therefore that no good work for God is ever lost. If you have labored in a village or town, and have seen no great success, someone else may see it. If you have prayed especially for the salvation of any person, and labored to win that one for Christ, and yet have not brought that soul to a decision, someone else may do it. We are workers together, as well as workers together with God; and what one man begins, another may finish. Paul plants; Apollos waters; someone else may come in to gather the increase; and if God gets the glory, what matters it to you what part you have had in it? If your Lord and Master was satisfied with sowing the good seed of the kingdom, leaving Philip to reap the harvest, can you not be satisfied, if you are called to do work that will not yield an immediate return?

Often, during my winter’s holiday, year after year, I have seen the carts coming down towards the breakwater at Mentone, bringing huge masses of stone, weighing many tons, which were thrown into the sea. For a long time, I saw no result whatever of this effort; tremendous blocks of stone were cast into the sea, and covered by the waters. Yet I felt persuaded that something was being done out of sight, though nothing was visible to the eye. After a while, the piles of stone began to show above the surface of the water, and then we saw that the great foundation-work had been done. Now that the structure is nearly finished, and they begin to square up, and put everything in order, we say, “How quickly the work goes on!” Yes, but it really went on just as quickly when we could not see anything of it. Those thousands of tons of stone were not lost, they all went to make the underwater foundation; and whatever is built upon it afterwards is not to have the credit of usefulness any more than that which lay down deep at the bottom of the sea.

Some of us may have to work on for years, and never see any result of our toil. Let us not faint for a moment, nor be disheartened; some other person may come by and by, and all men’s mouths may be filled with wonderment at the great work that he does. And yet, after all, He who reads history aright, even the great God who writes it, will know that this man who seems to be so successful owes much of his usefulness to the work of other persons who labored before him. We cannot tell how much the Master’s own service prepared the way for Philip’s success when he went down to Samaria.”